Our company which was established by Mehmet Saim ALTUNBAŞ took the first step into the sector with hunting products dealership. It started the production process with its modern factory incorporated in 2008.

Our company is an international company that obtains the first rifle cartridge production permit in Turkey in the field of the defense industry, especially in the hunting and shooting industry, and produces and sells small arms ammunition. In addition to the production of cartridges for hunting and sports, it also continues to produce ammunition for the military and defenses industry in its facilities consisting of 440 decares of open and 18,00 square meters of closed area.

Turaç has always contributed to the development of the hunting and shooting industry in Turkey with its sponsorship services. Apart from our nation, it participates in the most significant hunting, shooting, and defense industry fairs in the world, organized in more than 20 countries on 5 continents such as America, Germany, Russia, France, England, Brazil, Indonesia, and Kuwait.

Turaç started its production life with 15 varieties of product types, and as of today, the company has more than 120 types of products that continue to produce.

Turaç produces an average of more than 200 million cartridges annually and exports 60% of its production to more than 70 countries. The company included turkey’s top 1000 importer list in 2019 and 2020.

To be among the top five manufacturers in the world with reliability, quality, and variety of self-owned products in the international market by preserving domestic and national values in production. To be a producer that comes into prominence with environmental and human-friendly policies.

Our mission is to provide added value to our stakeholders and business partners by producing and marketing competitive cartridges and ammunition in the civilian market with hunting and sports products, military and defense products in the defense industry, using modern techniques, both home and abroad.

Message From Our General Manager :

We keep the satisfaction, wishes and expectations of our customers above everything and we always take advantage of their criticism and suggestions and also pay attention to them.

At this point, in order to establish healthy, confidential and long-term relationships with our customers, being professional and fair within the framework of courtesy rules are among our prior principles.

Mutual benefits in our commercial relations, good faith and fairness are our basic principles. Global ethics and moral values are part of our corporate culture.

It should also be mentioned here; working in a system that can be controlled and repaired using advanced technology in all production stages for the perpetuation of growth and development with the awareness of ‘’A person who lives the same day is in loss’’ our most important principles, which can only be achieved by constantly controlling ourselves and economizing.

The biggest investment for our company is human beings. In this direction, our basic principles are to provide an opportunity for our employees to continuously improve, educate and guide themselves, and to always keep their morale and motivation high. Moreover, to ensure clean, healthy and safe working conditions for our employees is a significant issue for us.

Eventually, we are proud of the experience, education, and trustworthiness of our employees who constitute and represent the concept of professionalism. 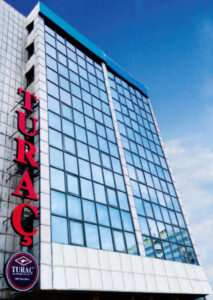 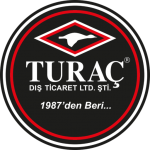 Web sitemizdeki deneyiminizi geliştirmek için çerezleri kullanıyoruz. Bu web sitesine göz atarak, çerez kullanımımızı kabul etmiş olursunuz.(We use cookies to improve your experience on our website. By browsing this website, you agree to our use of cookies.)
More info Accept